Well, I've decided to declare today EyeDock's 10th birthday. To be honest, I have no clue when EyeDock was actually "born". It started as an idea that stewed in my mind for quite a while, and it began to gel as I read HTML for Dummies and Sam's Teach Yourself Apache, PHP, and MYSQL in 30 days.

You probably can't say it existed until I had a real working product, however, and I think this happened sometime in 2002. Of course, for the longest time I only showed it to my girlfriend (who is now my wife) and a few of my closest friends.

I eventually skewered up the nerve to mentioned it on an OD forum, the Optcomlist, and was pleased to get a lot of positive feedback (as well as a few "you must have too much time on your hands" comments - I've since learned that if you put you neck out there, especially on the Internet, you're going to have brace yourself for some criticism).

Hello all! I've been working on a new version of the oblique cross cylinders calculator and I thought it was time to introduce it to you.

Of course, the underlying math and optics of these calculations haven't changed. However, I thought it was time to give the calculator a facelift for several reasons.

It sounds like Vistakon is going to eliminate some of their oldest products: 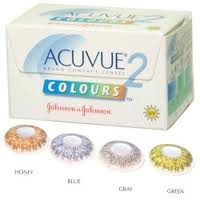 I picture EyeDock as a lot of things, but it’s main purpose has always been to be something of a search engine for all things related to eye care. While it’s never going to be the next Google, I’m sure going to try my darndest to come as close as an optometrist/programmer can.

I’ve had a “universal search” bar at the top of this site for quite a long time. It has always been used to search many of the databases on EyeDock, but I’ve recently made some enhancements that make it much more powerful.

And, as always, I’m hoping this is another step in achieving my primary goal: To help our fellow eye care providers find information as quickly as possible.